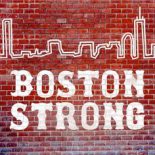 Where Were You? Students' Stories of the Boston Marathon Bombing • An ICMPA Media Literacy Project

On April 15, the day of the Boston Marathon bombing, I was planning for an event that I was hosting. Here, I am pictured at the event.

Chaos, the unknown, fear… just a few words to describe the Boston Marathon bombing. During the past few weeks, I think everyone has been on edge because of the threats from North Korea and not knowing whether these threats were plausible. Hearing about the bombing brought back the fear that I felt as a young child when the 9/11 terrorist attack occurred. Just like when I was sitting in my third grade class, when I heard about the Boston Marathon bombing, I experienced fear for not knowing who committed this horror and why. More importantly, I was upset to hear that three people died from this attack, including an innocent eight-year-old boy.

On the day of the attack, I was busy with events, meetings and planning for the week. Like most Sundays lately, I hadn’t slept the entire night so I could finish all of my assignments that were due. On April 15, it was the start of my sorority’s week which is a week full of events that our sisters host. We held our first event on April 15, the same day of the bombing, so I was running around all day getting everything together. On Monday night, I focused on getting all of my homework done, so I didn’t check my emails or the news.

The next morning at work, I opened up my email at work and saw an article about a bombing. I began to read more about the attack and was horrified by some of the pictures that were displayed of the aftermath of the bombing. Because I was reading through second-day stories, some of the articles were unclear and didn’t include much information as a breaking news story would. Needless to say, I read through stories from different news outlets for hours to try to get the full story and as much information as I could.

I was shocked to see the graphic pictures that many media outlets were posting. I thought back to one of my class discussions when we discussed ethics of posting graphic pictures from wars, catastrophes, and other deadly events. I didn’t think news outlets would post pictures of bloodied victims with limbs broken apart. I think that is what made the media coverage so impactful.

Learning about the Boston Marathon bombing during such a stressful time in the semester really just put things into perspective for me. It was a reminder that you never know when your last day will be so it’s important to live each day like it’s your last and appreciate all of your loved ones. It made me remember not to worry about the small things in life and appreciate the good times that I do have like the picture above from the event my sorority hosted on April 15. May the three victims rest in peace and their families as well as all of the victims heal quickly.